Let us look at the differences between the two decoders and what makes the Explora 3A different to the 2A.

The new 3A decoder retained most of the features of the Explora 2A, there are a few differences.

Both decoders have 1TB hard drives, and records up to 110 hours of recording.

One of the big differences is that the Explora 3A has a smaller form factor and lacks a front-panel display. Instead, it has an LED to indicate whether it is powered on.

A major difference is that the Explora 3 lacks some of the connectors included on older models, most notably the RF IN and RF OUT ports on the back.

Its Unicable port also has a lower current rating, supporting a maximum of 500 milliamps, where the Explora 2 was rated for 750mA. This has an impact on the type of equipment the Explora 3 can be connected to.

MultiChoice said that the Explora 3 supports its DStv Smart LNB range on the market, NOTE that it no longer manufactures the older LMX 500 Smart LNB.

It is recommended that you use the latest standard DStv Smart LNB LMX 502 for new DStv Explora installations. 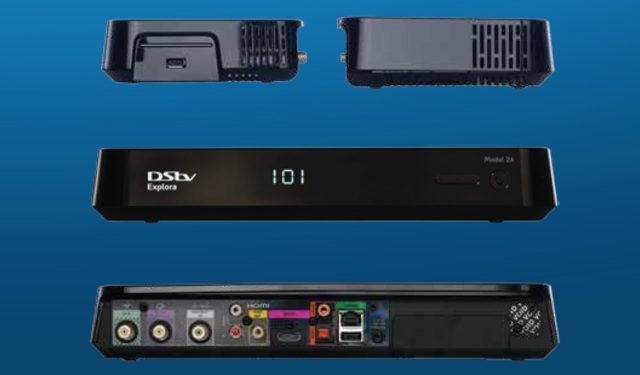 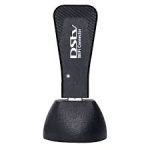 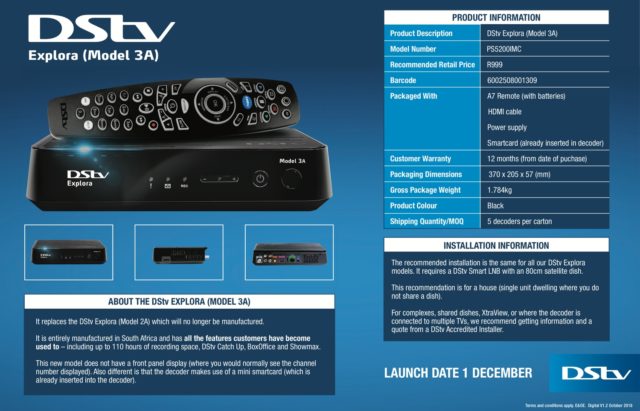 The Explora 3 also only has one USB port, while the Explora 2A had two. The USB ports of Explora decoders may currently be used to attach a DStv Wi-Fi Connector.

This allows the decoder to access the Internet using Wi-Fi, enabling features such as Catch Up Plus and setting remote recordings.

The Explora 3 has also done away with the fan the Explora 2 needed to cool its components.

Assuaging fears that the decoder will overheat, MultiChoice explained that the Explora 3 has a heatsink and was tested in a thermal oven.

However, the company still recommended that decoders not be placed in enclosed spaces.